Excellence in everything we do since 1991.
Leadership | Thomas M. Pyra - Senior Advisor 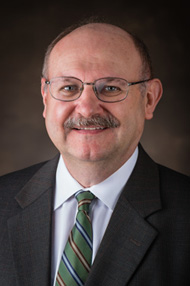 Mr. Pyra has over 30 years of senior operating and financial leadership experience with public and private food, manufacturing, technology and financial services companies. In his last position, Mr. Pyra was President, COO and a member of the Board of Directors of Clark Inc., a NYSE listed company. Mr. Pyra was the CFO when the company went public and during his tenure at Clark, closed and integrated 28 acquisitions before selling the company to Aegon, a public Dutch Insurance Company in March 2007.

Mr. Pyra has closed numerous capital transactions throughout the course of his career including public stock offerings on both the NASDAQ and NYSE, private equity funding, senior bank debt, sub-debt, a private placement of public equity at a premium to market and a $305M securitization.

Mr. Pyra was a member of the Board of Swedish Covenant Hospital (10/09-09/17) where he served the last five years as Chairman. As a member of this Board he gained unique insight into the issues that a major independent hospital faces with respect to the new Healthcare Reform Act and in the evolving relationships between doctors, nurses and administration. He also managed the Board process to identify and appoint a new CEO.

Mr. Pyra served on the Advisory Board for the Department of Finance at DePaul. He served for five years on the Board of Trustees of St. Michaels Academy, a High School in Austin, Texas including the last year as Chairman. Mr. Pyra served as an adjunct professor at the DePaul University Kellstadt Graduate School of Business where he taught a graduate Finance course in Valuation, Mergers and Acquisitions. Mr. Pyra also served on the Board of Harper Community College Foundation.