Excellence in everything we do since 1991.
Leadership | Bill T. Sautter - Managing Director 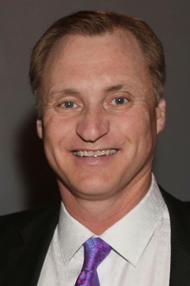 Mr. Sautter brings Silicon Valley-based entrepreneur, executive and operating experience to Dresner Partners with more 30 years in diverse roles with firms large and small. His multi-sector knowledge includes Software/SaaS, Data/Analytics, FinTech, CleanTech, Medical and Consumer. He founded Galaxy Ventures in 1999, a private investment and investment banking firm, which has originated transactions as large as 9-figures. He (co)founded, managed and has been an investor/advisor with firms resulting in sizable IPO, VC, M&A and private equity financing & liquidity events. Previously, he founded American Technology Ventures. He started & managed the North American operations of BusinessObjects, the first European-based, VC-funded start-up to go public in the U.S [acquired by SAP for $6.78 billion]. He held worldwide marketing & national sales roles with ORACLE Corp. where affiliated organizations grew from $340 to $550 million, and $60 to $110 million, respectively. He held prior positions with Trillian Corp. [ISI/Macromedia/Adobe], Informix [acquired by IBM for $1 billion], Wall Data [acquired by NetManage for ~$100 million], and others.

He is a long-time Board Member of the Bob Moog Foundation (STEM/music-based education focus), and supports various charities and the arts. He has been a member of the Association for Corporate Growth (ACG) and other professional groups. His interests include global financial markets, music/synthesizers, physics/astronomy, and he is a published concert photographer and avid nature/travel shutterbug.