Excellence in everything we do since 1991.
Leadership | Ian Leaman - Managing Director 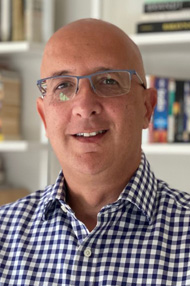 Prior to joining Dresner Partners, Mr. Leaman was a Managing Director at Montminy & Co., a Los Angeles based M&A advisory firm. Prior to Montminy & Co., he was a founder and owner of Buckingham Corporate Finance, a London-based mid-market M&A advisory firm where he led the firm's international practice and closed numerous cross-border transactions.

Mr. Leaman also has extensive CFO experience, having held that position at a London Stock Exchange listed company which pursued a roll-up strategy in the U.S. oil & gas sector. Simultaneously, he was a founder, Non-Executive Board director and Audit Committee Chair of another London-based public company fund which invested in solar power.

Prior to becoming an investment banker, Mr. Leaman qualified as a Chartered Accountant with Deloitte in the UK, where he specialized in corporate restructurings.

He currently serves on the Boards of several early-stage, high growth ventures. Outside business, he chairs the CFO Leadership Council Los Angeles Chapter, sits on the Boards of the Jewish Federation of Los Angeles and the British American Business Council and is a Fellow of the Royal Geographical Society.

Mr. Leaman was granted US permanent resident status in 2015 as a "Person of Extraordinary Ability demonstrated by sustained international acclaim".